The Dark Side of Tea - Matilde Gattoni, PhotoShelter 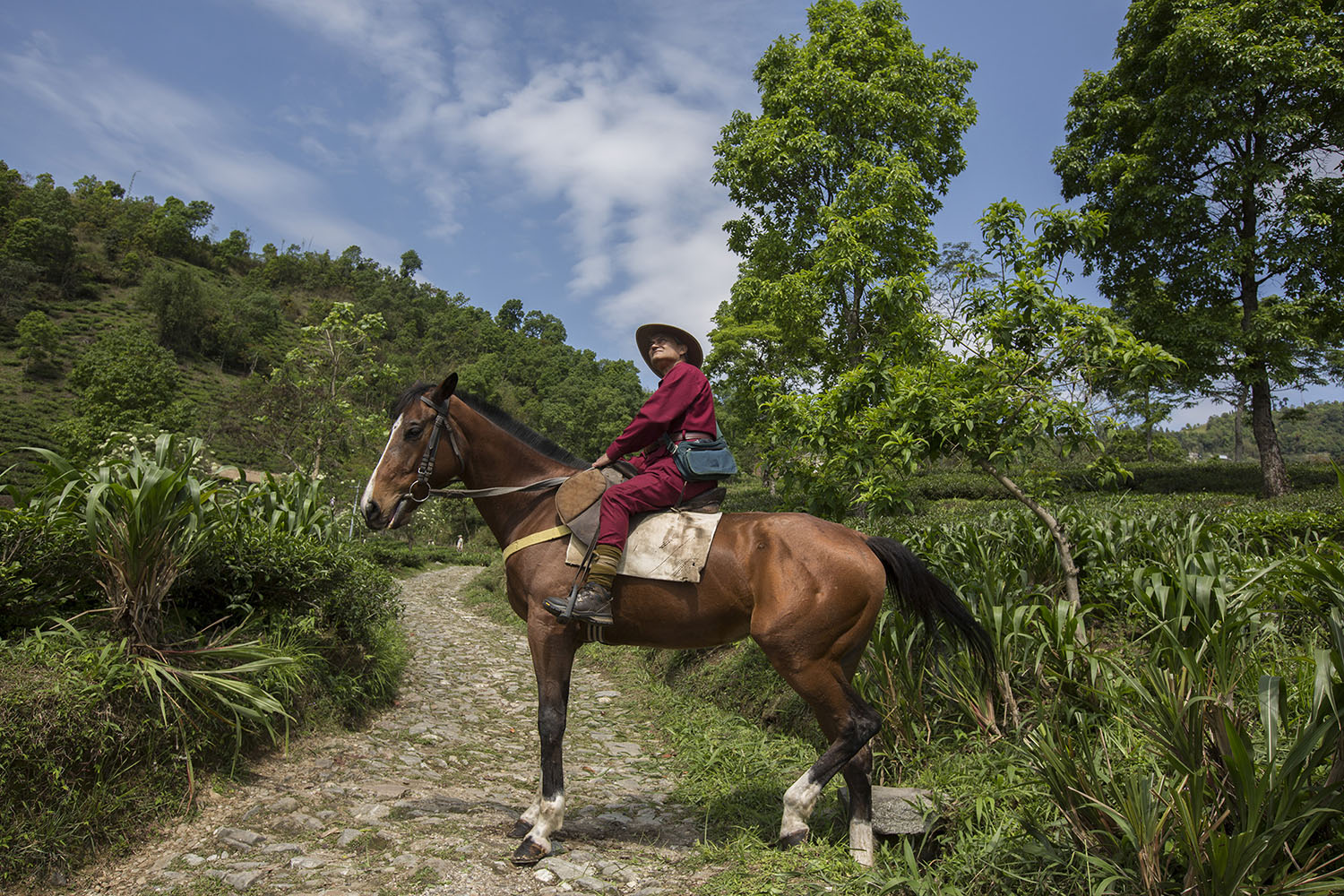 © Matilde Gattoni - India, West Bengal: Rajah Banerjee, the chairman of Makaibari Tea Estates, riding one of his horses within the tea garden. Makaibari is one of the most famous Darjeeling tea brands and was an official partner of the 2008 Beijing Olympic games.

Matilde Gattoni (b. 1974) is an award-winning French-Italian photographer and a member of PhotoShelter, the leader in portfolio websites, photo sales, marketing and archiving tools for photographers.

Matilde started her career in 2000, covering the second Intifada in Palestine. She was then commissioned by the UN to cover the consequences of war and drought on the local populations in Eritrea and Tajikistan. Since then, Matilde has been focusing her work on human rights issues around the world, especially in war-torn countries.

Her 2002 book ‘Uzbekistan’, 10 years after independence, was written in collaboration with Pakistani journalist Ahmed Rashid, one of the major experts of Central Asia and Afghanistan. The book depicts the social frame of Uzbekistan after its independence from the USSR and outlines the future of one of the most powerful countries in Central Asia.

In 2014, Matilde founded the agency Tandem Reportages along with journalist Matteo Fagotto, with the aim to produce independent, in-depth reportage.

Her stories are published regularly on Time, Time Lightbox, The Financial Times, Der Spiegel, The Observer, Die Zeit, NEON, Geo, The Guardian, Vanity Fair, ELLE and GQ, among others.

Matilde has a M. A. in History and History of the Art at the University of Strasbourg, France. She speaks English, Italian and French.

Hi Matilde. Firstly, tell us a little about ‘The Dark Side of Tea’. How did this project come about?

I’ve been focusing for the past few years on modern day slavery and the exploitation of natural or agricultural resources based in the developing countries benefiting the West. I’m interested in the relationship between our society and those who allow us to live the modern lives we enjoy nowadays.

India is the second largest tea producer in the world. But while its green leaves are on the shelves of every supermarket and tea boutique across the globe, women workers still live under the remnants of a slavery system conceived under British colonialism.

Tea is one of the biggest industries in India, accounting for 14 percent of world tea exports and employing 3,5 million people - the vast majority of them women. Here, managers still roam on horses, dressed in sleek shirts and shorts in homage to old British custom. Yet, just a few hundred meters away from their leafy offices, more than 2,000 tea workers have died of malnutrition in the past 15 years, while scores of others have ended up working as stone crushers, maids or prostitutes in a vain attempt to escape misery.

Uprooted from their ancestral lands and now hosted in isolated, rundown colonies lost amid the plantations, women pluckers earn less than two dollars per day, half the minimum wage set by the government. With their housing, healthcare, education and pension conditional to their lifetime staying in the garden, they have no properties and cannot emigrate, change job or break the chains which have kept them bonded for generations. In the frequent case of tea garden closures, their wages, water supplies and food rations are cut overnight, leaving them with no choice but to starve. 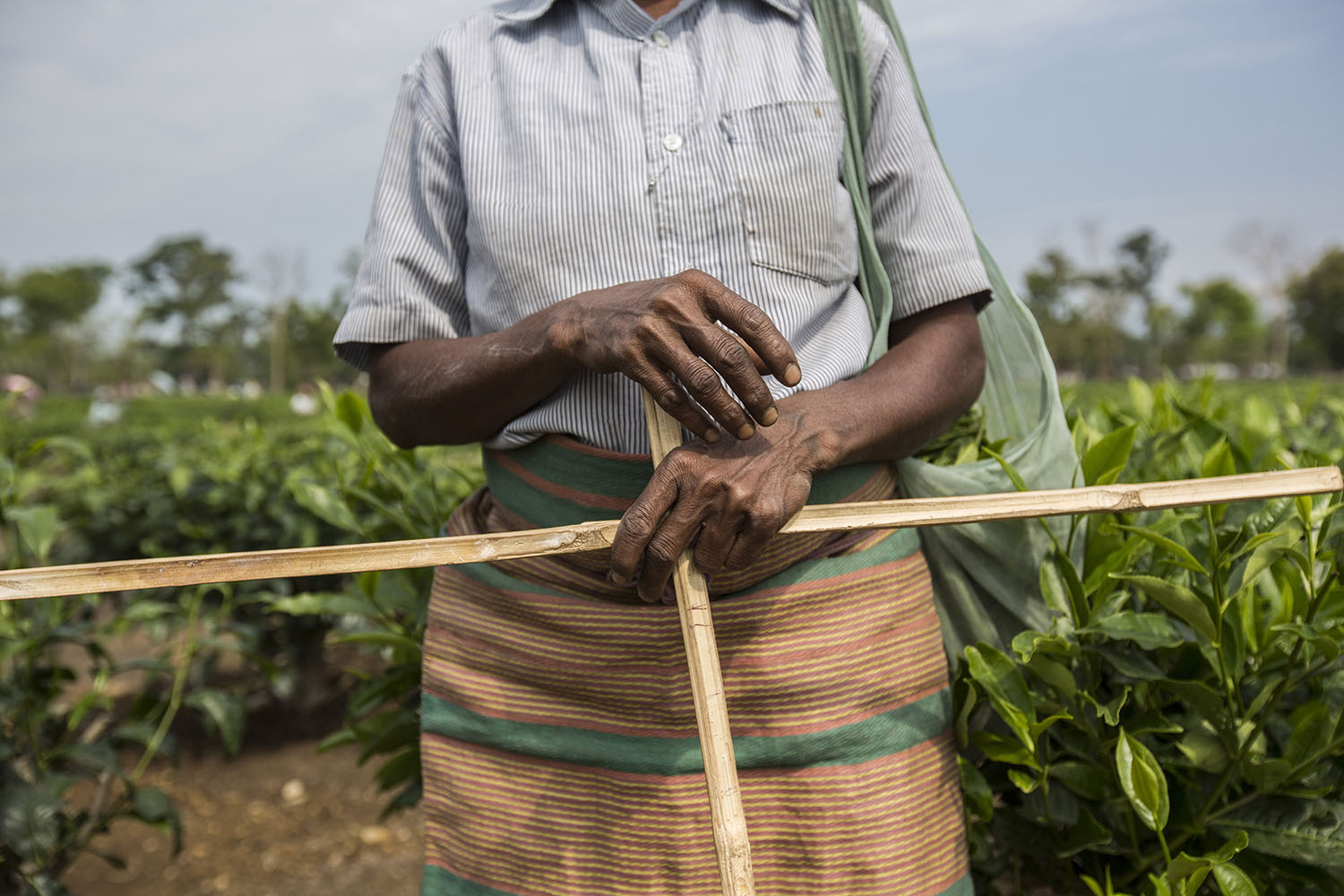 © Matilde Gattoni - India, West Bengal: A tea plucker's hands at Mogulkata Tea Estate, in the Dooars region. Every plucker is given two cross-shaped wooden sticks to measure the height of the tea bushes. Only the leaves higher than the horizontal stick can be plucked.

Was it easy to gain access? How open and accommodating were the women you were photographing?

We worked with an excellent Indian fixer from Kolkata who knows the area well and with the director of a local NGO Dooars Jagron who took us both to open and closed tea gardens. The women in the closed gardens were quite open to talk since they had nothing to lose, they had already lost their job. Some from the open tea gardens talked to us on the condition of anonymity, most were glad that journalists were there to report on their harsh working and living conditions considering that it is an under reported subject. 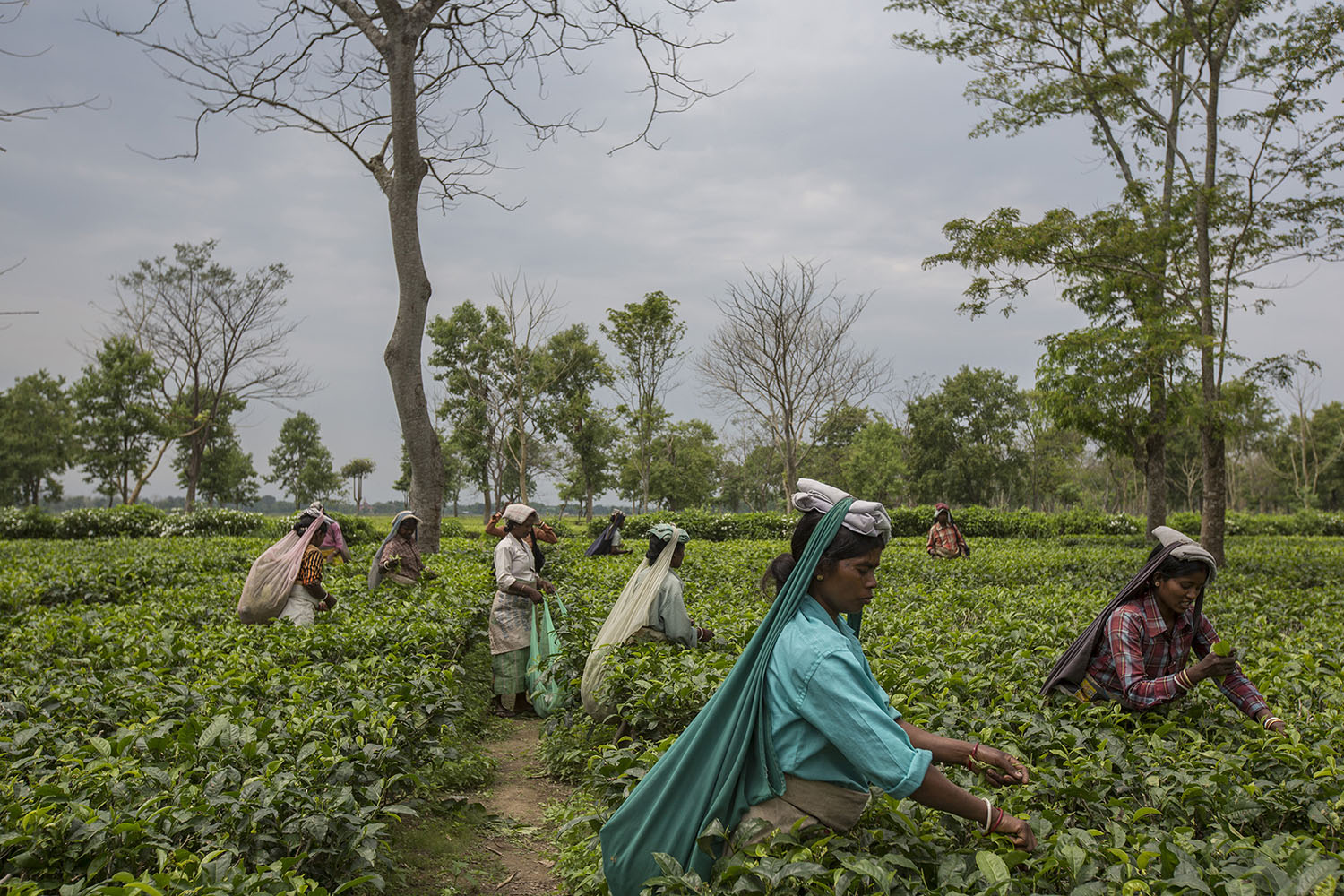 © Matilde Gattoni - India, West Bengal: A tea plucker's hands at Mogulkata Tea Estate, in the Dooars region. Every plucker is given two cross-shaped wooden sticks to measure the height of the tea bushes. Only the leaves higher than the horizontal stick can be plucked.

It is a necessity for me, I use it to approach, observe and understand the others and in general the world that surrounds us. Photography is an essential tool that allows me to put some order into the chaos of life.

In 2014, I founded the agency Tandem Reportages along with journalist Matteo Fagotto, with the aim to produce independent, in-depth reportage. Tandem was our answer to an ever evolving media environment where assignments have become scarce and often uninteresting and fast food journalism reigns. We produce our own stories trying to find a fine balance between our interests and a story that sells well. In an industry where you often feel quite isolated I find it refreshing to collaborate with another brain, someone who sees and thinks differently from myself. 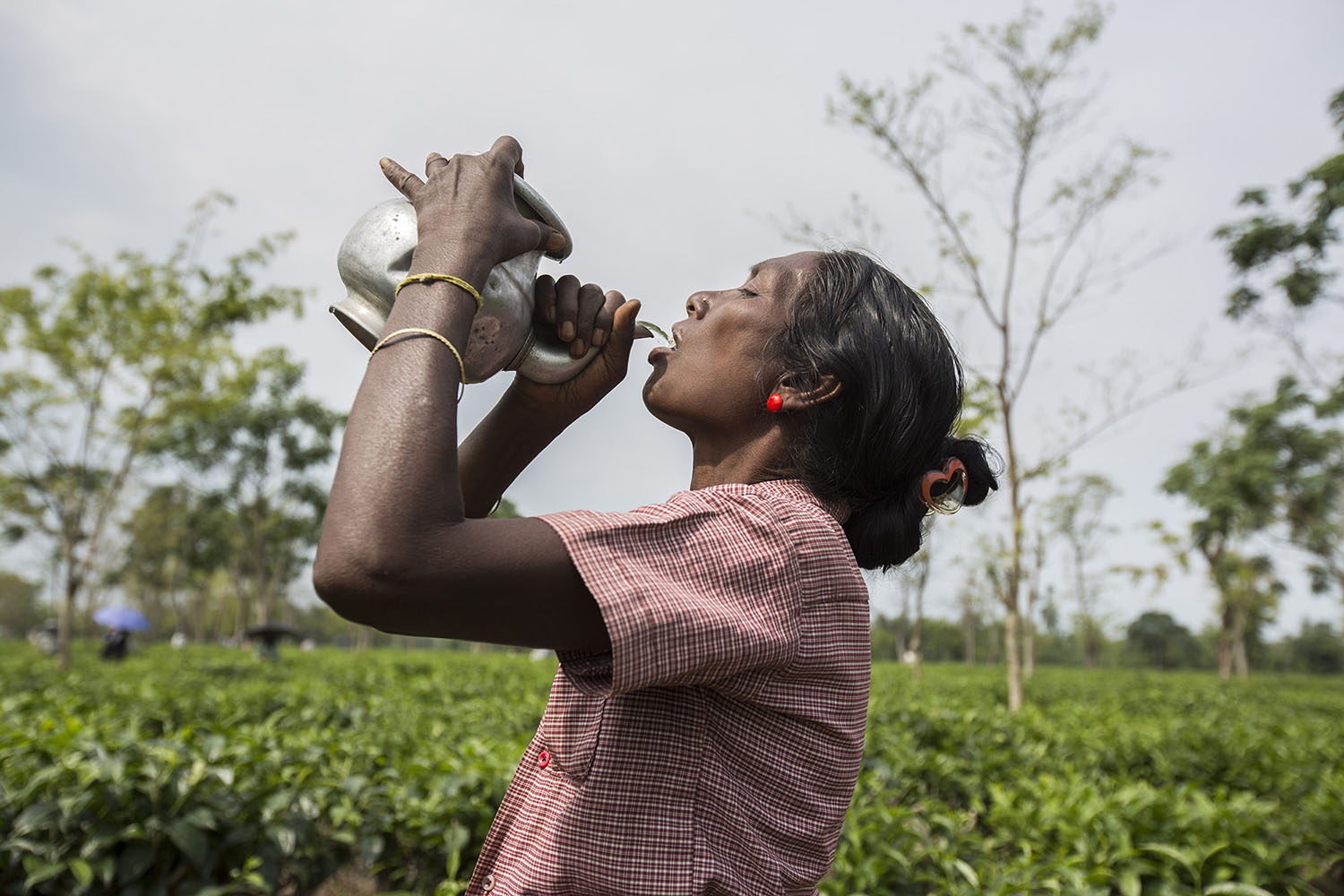 © Matilde Gattoni - India, West Bengal: A tea plucker drinking during a work pause at Mogulkata Tea Estate, in the Dooars region. Safe drinking water, which should be provided by the companies, is one of the most common problems in the tea estates. As a result of its poor quality, fever, diarrhoea and abdominal pains are widespread among the workers.

You’ve covered some tough subjects/themes in your career so far. How do you keep optimistic?

You find humanity in the harshest places and conditions. The capacity of human beings to fight for their lives and never to surrender is unlimited and often comes out in difficult times. I’m amazed by the resilience of people who carry on despite the hardships they’ve been through, whether they are physical or mental. Humanity within the horror is what pushes me to continue my job, not the drama in itself. 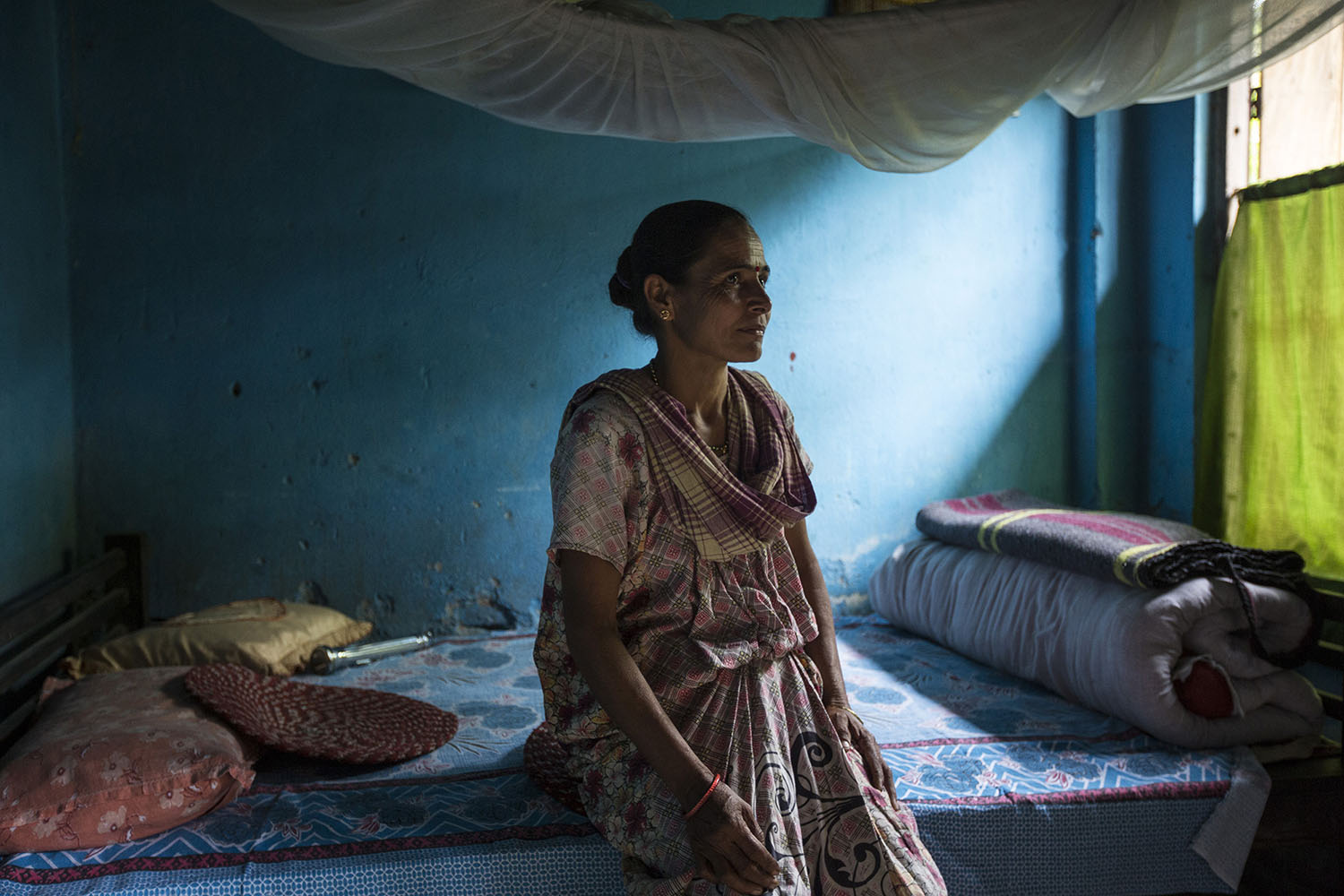 © Matilde Gattoni - India, West Bengal: Mina Sharma, 45, posing inside her house at Mogulkata Tea Estate, in the Dooars region. The woman started working as a plucker when she was 30, after taking over her mother's job. Once she will retire, she hopes her 25-year-old married daughter will take her position, otherwise Sharma would lose her house and plot of land which, like all the other properties within the tea estate, belong to the company. With no money to buy another dwelling, the woman has no other option but to keep on living here.

I’m not interested in photography in itself but in the possibility of communicating with others by freezing a particular moment in history. I consider myself as a messenger, a trait d’union between my subjects and those who don’t have the possibility to see what happens in the world on their own. My philosophy has evolved, I don’t look for the same things I used to 16 years ago, I’m less interested in places and more in people and dynamics. 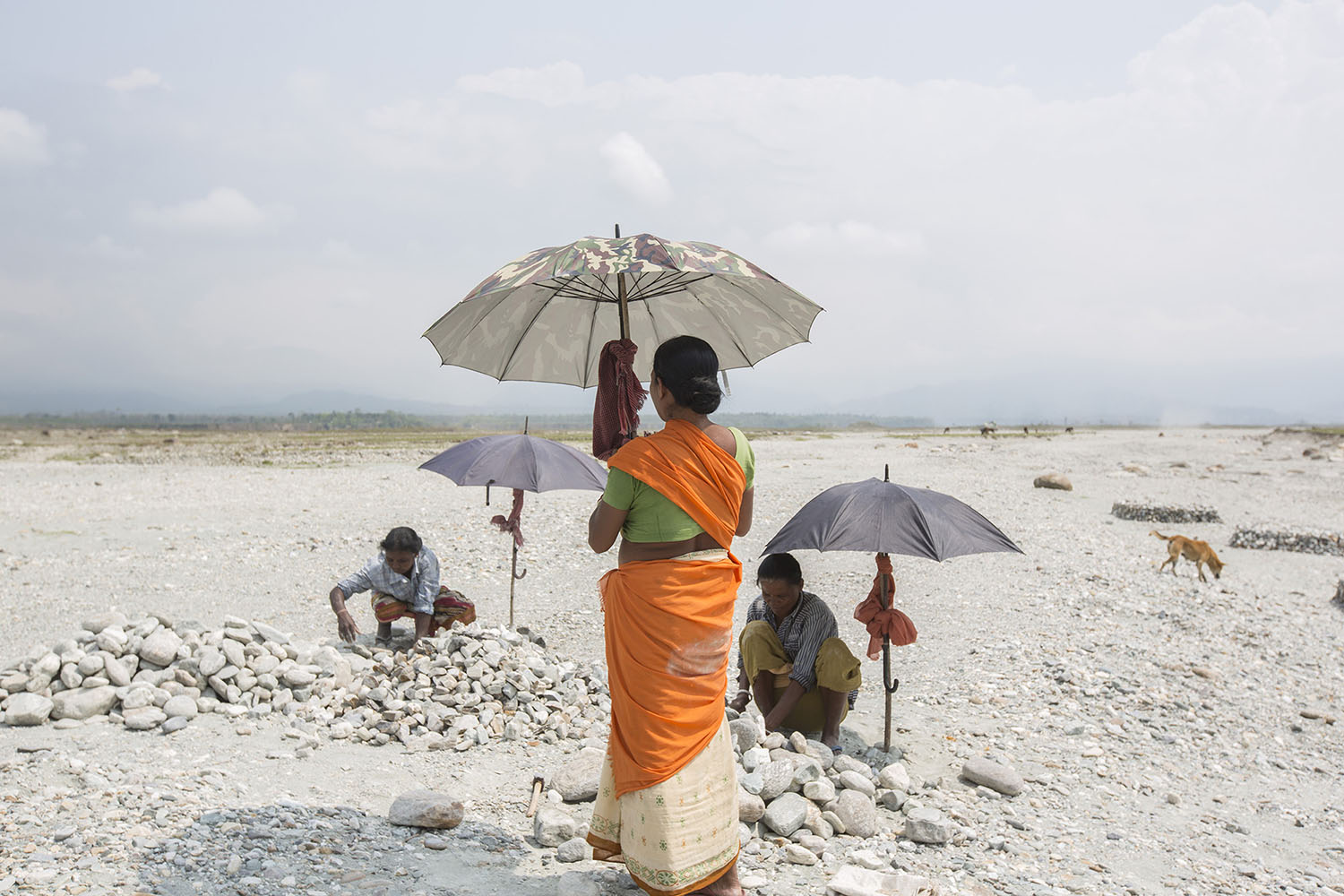 © Matilde Gattoni - India, West Bengal: Former tea workers collecting pebbles and stones along the Diana riverbed at Red Bank Tea Estate, in the Dooars region. The garden, which houses 888 workers out of a population of 5,000 people, has been closed since 2013. With no more income, food rations and health services, its workers resorted to stonecrushing in order to survive.

I’m in Milan and soon traveling to Morocco for a new project. 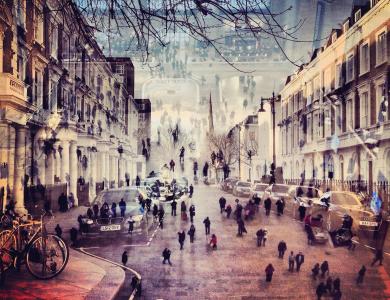 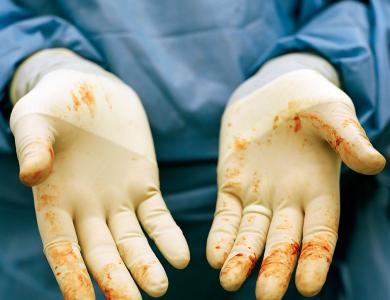 The Best is yet to Come - Lewis Khan, theprintspace