Beyond the Frame: Alec Connah

Alec Connah’s striking photograph of Ironbridge Power Station being demolished was taken just 15 feet from his front door. He shares the story behind Going Down!

‘Just after 11am a siren sounded the alert that the demolition was to begin. I started shooting.’

Ironbridge Power Station in Shropshire was built in 1969 and closed down about five years ago, so the demolition of the site for further development had been discussed for a while. Some people wanted to preserve the cooling towers because of their heritage, the Ironbridge Gorge is, after all, the cradle of the Industrial Revolution, while others saw them as an eyesore and said they’d be happy to see them gone.

My house is situated on a hillside opposite the site and the towers had been part of my view for about 20 years until last December. I had eventually grown to enjoy their grandeur in the landscape and I had photographed them in all sorts of light. When I heard they were due to be demolished late last year, I knew I had to record the moment and that it would require some planning. I felt it best to have a run through of the shoot a day or two in advance. On the morning of the demolition there was a 350-metre exclusion zone around the site, and many vantage points were closed for safety reasons. With these restrictions in mind it made sense to use the already great view from my garden.

I set up a tripod with my Nikon D700 and a 70-200mm lens with an f/2.8 aperture. I felt a sequence of shots using a fast shutter speed would be my preferred approach. To minimise any camera shake I used a cable release. We had been told that the explosive charges below the towers would be set off at about 11am so I had everything set to go 15 minutes earlier. As I framed the scene in front of me I noted the light was rather overcast but looked as if it could change.

Just after 11am a siren sounded the alert that the demolition was to begin. I started shooting. A second later, the sun broke through the clouds and bathed the towers in soft winter light just as the charges went off. At first I just saw the puffs of smoke and dust from the base of the structures. It took a few seconds for the sound of the explosions to reach across the valley, but when it did it was deafening. As the ground shook and the massive towers collapsed I fired off about 30 continuous shots and hoped my tripod was stable enough!

The dust had reached me by now and was stinging my eyes, so I went indoors to review the results of my efforts. Mercifully, the images were as sharp and dramatic as I hoped they’d be. Now it was just a case of editing the best shots. I sent what I took to be the most effective shot into the ‘Motion’ category of the Sony World Photography Awards Open competition just before the deadline, and was overjoyed to find out that the image was a category winner!

The view from my house seemed oddly empty for a while, and I missed the giant structures I had come to know as neighbours. I quickly realised that I had not only a great record of their demise, but that I would soon, with the help of Sony, be sharing that moment with many others. I have had the privilege of taking some award-winning shots in exotic locations previously but I suspect it is unlikely that I will ever take another prize-winning photo 15 feet from my own front door! 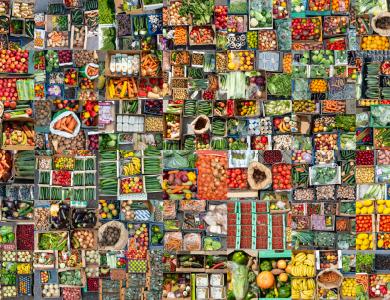 Monthly pick of pics winner and runners up! 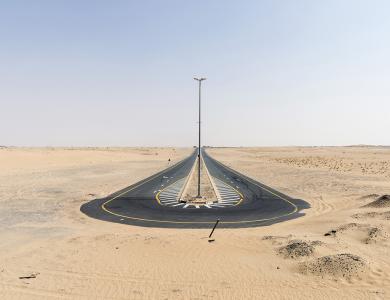