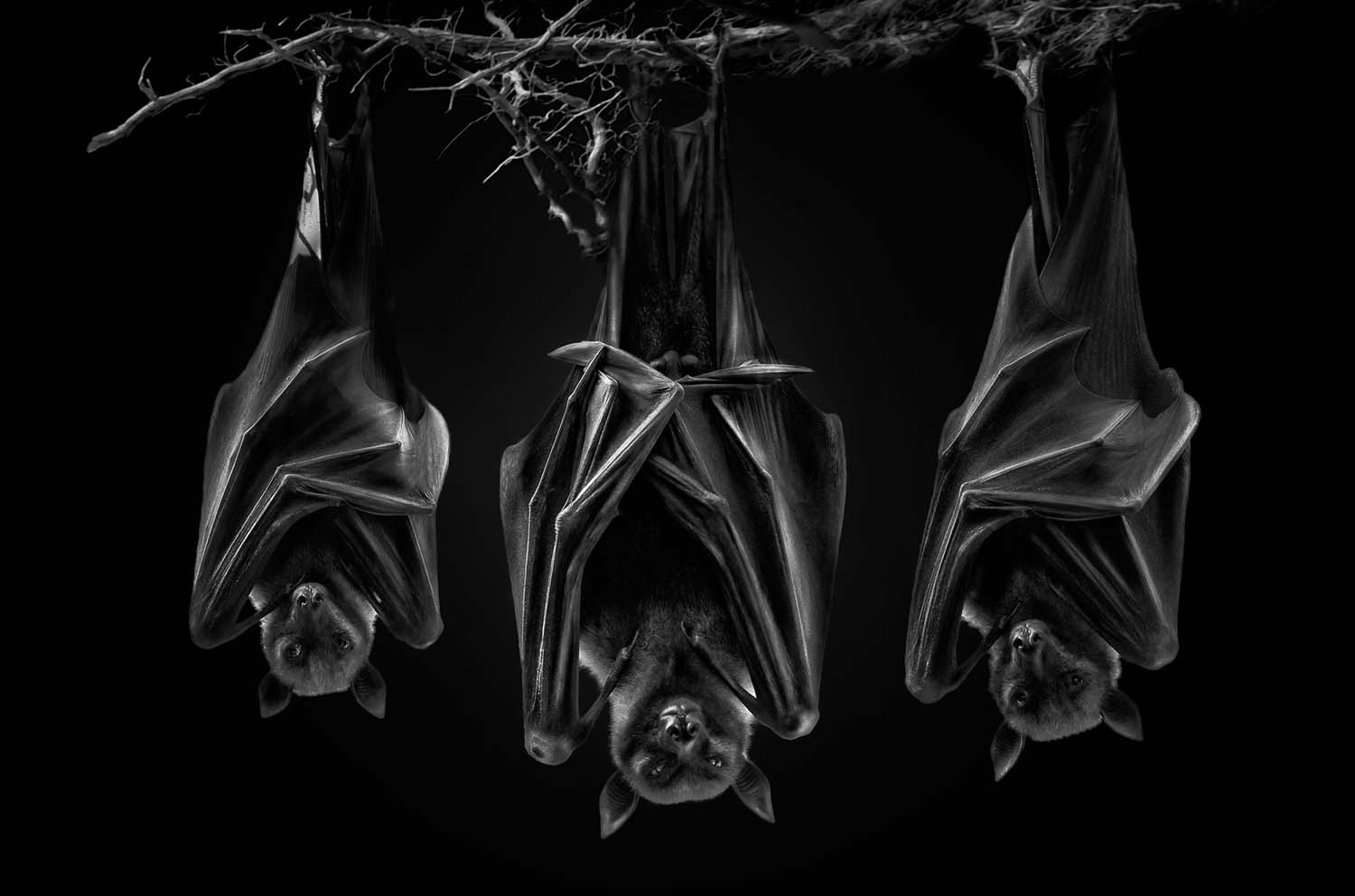 Pedro Jarque Krebs is our second monthly winner (July) in the 2018 Sony World Photography Awards. His image 'The Sect', of a cloud of bats, was chosen by our editors as the best image entered in July to the Open competition.

Pedro is an award winning photographer born in Lima, Peru. He graduated from the Sorbonne University in Paris. He is currently working on his long-term series of wildlife portraiture.

In 2016 he won 2nd place and was commended in the National Awards of the Sony World Photography Awards. He was also nominated "Photographer of the month" by National Geographic France in October 2016. In 2017 he won the 1st place in the prestigious Italian nature photo contest "Oasis".

Anyone who enters the Open competition can be in with a chance to win our monthly prize. Submission is free for all.

Hi Pedro. Congratulations on winning the monthly competition. Please introduce yourself and your photography to our audience

Thanks Matt. For me it is a great honor to receive this recognition and it also provides an important incentive to go on with my work. In 2016 I was fortunate enough to receive two other acknowledgements from the Sony World Photography Awards: one of my photos was commended and the other was named 2nd place in the National Awards.

As for me, my name is Pedro Jarque, I was born in Lima, Peru, and I have dedicated myself to photography since I was 15 years old. I have always had a special interest in portraiture, and especially in animals, because animals are endless models. They are different and unique from each other, they offer unlimited possibilities to work with many shapes, kinds of light, shadows and expressions. What's really fascinating about working with animals is that they are so spontaneous.

For many years, I did black and white analog photography, mainly in the studio, with medium format cameras. Although my academic background is different (I graduated in philosophy at the University of the Sorbonne, Paris), I am currently seeking to reconcile my two passions, photography and philosophy. 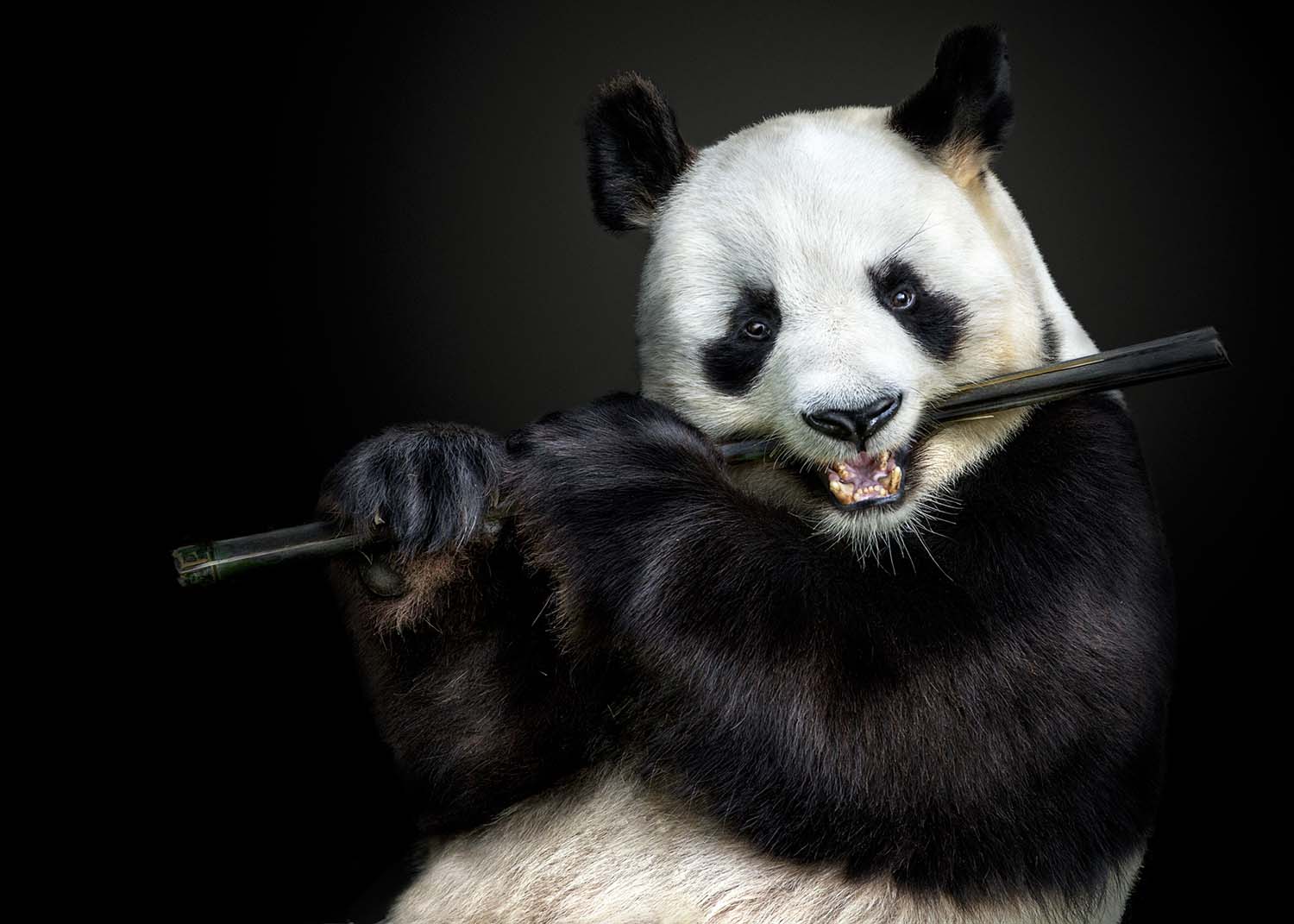 Tell us more about your winning image of the bats - when, why and how did you take this photograph?

Most of my photos are made with animals in nature parks, reserves, sanctuaries or zoos. I made this photo in a zoo in Spain. I chose to shoot it in black and white because in my opinion it expressed better the world of bats, a world of lights and shadows, black and white, darkness. Bats have always been the main characters of our deepest nightmares and fears, and "The Sect" somehow exorcises that relationship, getting closer to the intimacy of this amazing animal species, half mammals and half birds. In this particular case, it is a family of flying foxes. I shot this image in particularly adverse light conditions. Luckily, the bats were in between having a nap, because if they had been flying it would have been impossible to photograph them without using a flash. 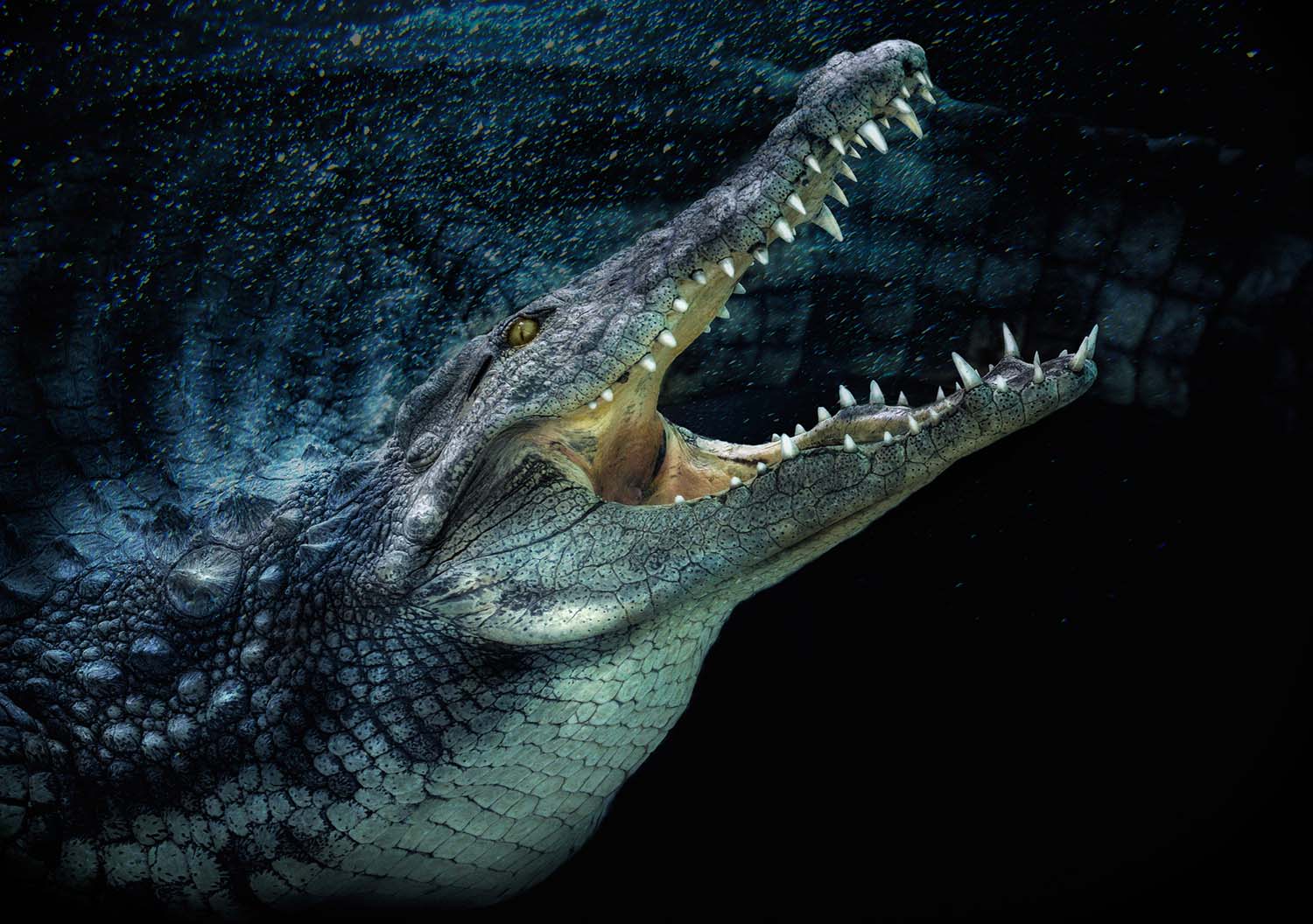 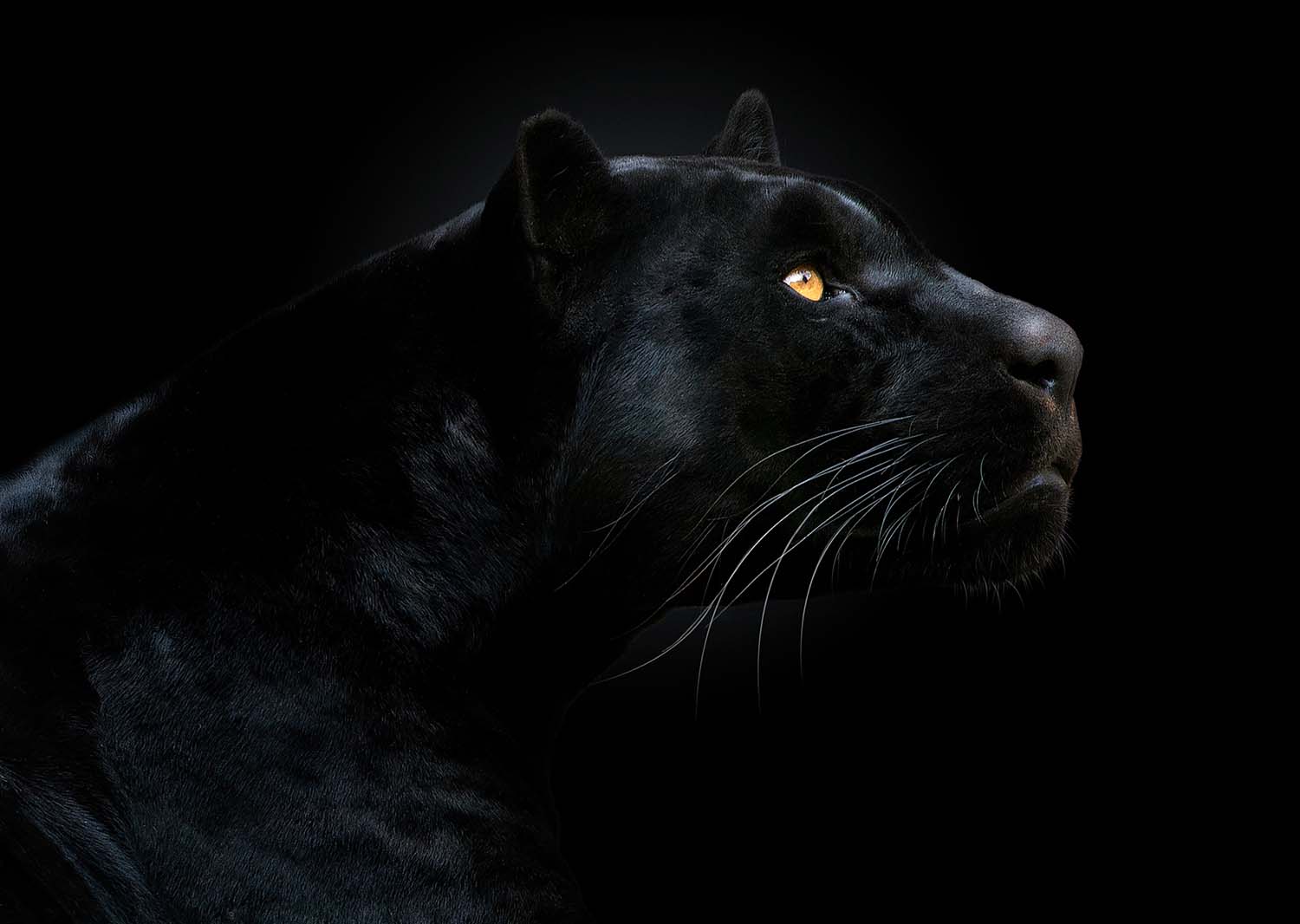 My photographic work is an artistic proposal, it is not a mere collection or documentary base of animals. I have never wanted to limit myself to a journalistic reporting job. If I had to define it in any way, I would say that it is portraits of animals with a kind of "augmented reality", using modern terms. What does this mean? It means that my workflow aims, through the editing of the portraits, to extract more of the subject, without distorting or inventing. It is just about "revealing" what is already there, hidden. This is how augmented reality could be defined: to show something that is beyond the visible spectrum at first sight, but which does not alter the essence, nor cease to be real. This is how I would interpret Alfred Stieglitz's phrase: "In photography there is a reality so subtle that it becomes more real than reality."

My initial aspiration was to work with the animals in photographic studios. I hoped I could some day have the means to do it. But seeing that this possibility was difficult, I decided to try other ways to achieve a similar goal. I decided to try to photograph the animal in its environment and then simulate the studio effect. My surprise was that the end result pleased me even more, because the animal, not being in a situation of stress, can show its behavior naturally. He is not scared or stressed. And the only difference is that I obscure the background in postproduction.

So my conclusion was this one: is it worth to stress the animal to get a naturally black background? Wouldn’t it be better to photograph the animal without disturbing it, showing its spontaneous behavior, and simply darken background afterwards? I think my proposal has the great advantage of showing the animal with a spontaneous behavior and in addition highlighting its natural beauty, simply by subjectively managing the lights and shadows. In exceptions (sequences, compositions or some precise purpose), my photos do not include elements that were not there at the time of the shooting. The pose of the animal is real; it is neither provoked nor made up. I isolate the animal from any context that distracts, to focus all attention on its shape, pose, colors, expression, look, etc. I point it out. I present it to the human eye. I place it in the spotlight to gain, if possible, admiration, respect and empathy.

Therefore this series of portraits seeks a natural approach, but with a digital enhancement to highlight the beauty or rarity of the animal kingdom, without modifying the subject, trying to keep faithful to the feeling that inspires the presence of the animal and trying to convey it in the portrait. It is about capturing special expressions in portraits of animals, often even "human". The interplay of light and shadows will create the needed atmosphere to bring an emotional approach to animals. In this case, it could be said that the camera not only will not "take away the soul", but somehow it will return it. 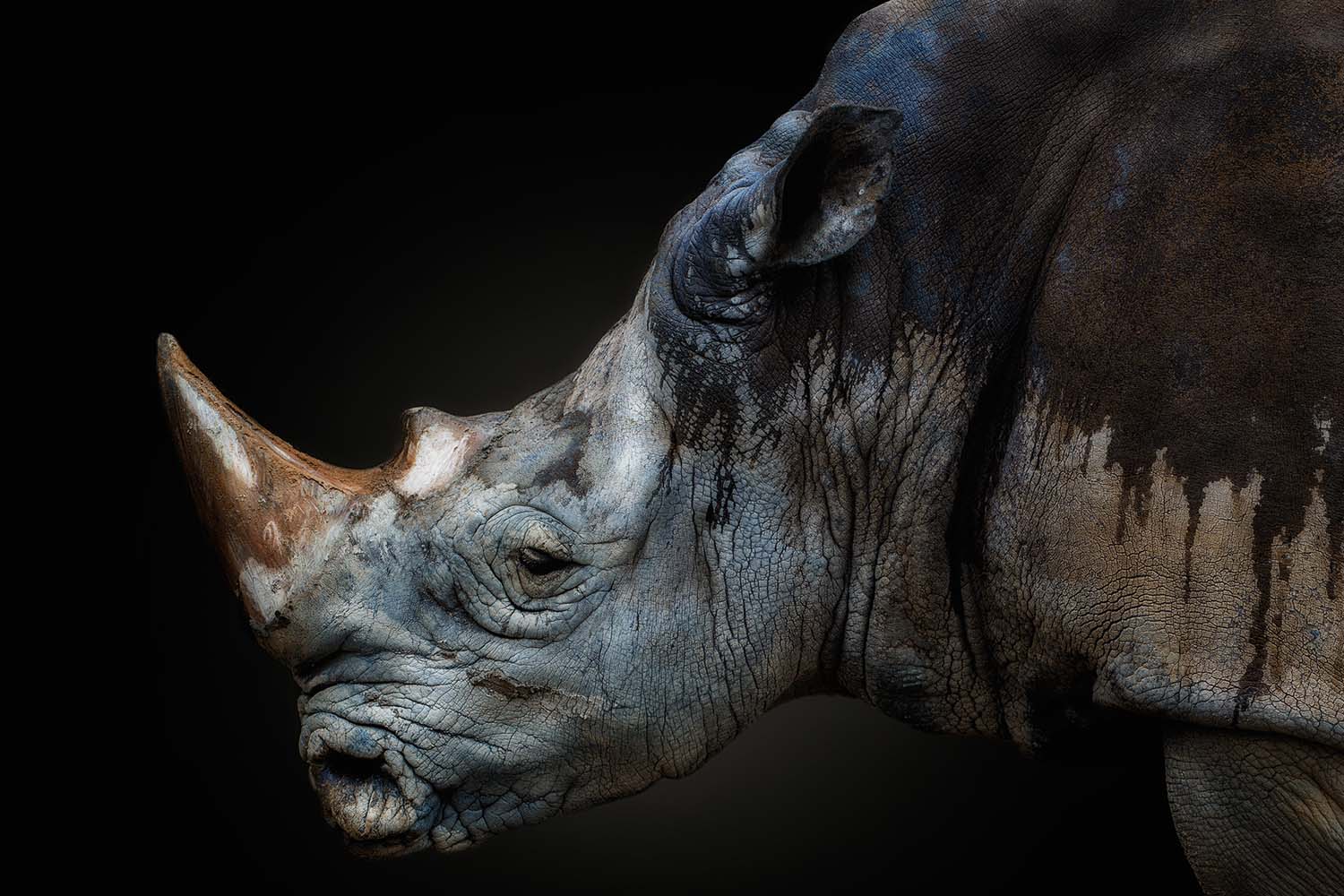 When did you first discover photography. Do you remember what originally inspired you?

I might sound like a dinosaur, but when I was a kid, I was handed down an old medium-sized Hobiflex camera, and I fell in love with it immediately. When I opened the upper top compartment, I could see the reflection of the outside image, but it was inverted. To a kid, that was like having a machine that was able to catch the images of the world. I guess I had a small feeling of power, being able to control one thing that would seem impossible: to freeze – time!

As I have already mentioned, my projects consists of making a series of digitally worked portraits of animals in an environment devoid of context and recreate an environment similar to that of a photographic studio, preferably with a dark background, almost black, using photography lights, working on the lights and shadows to highlight volume and body language.

To achieve this effect there are two procedures:

1. Working with photographs of animals made in their natural context and recreating the studio environment in postproduction.

2. Working with the animal directly in a photo studio.

The first procedure has the advantage that the animal behaves naturally and spontaneously in its environment and allows the captures of images to be more natural, since the animal does not feel disturbed. In many cases the animal even ignores the presence of the photographer or, interacts with him mainly at the level of the establishment of cross-glances. The postproduction work is more painstaking, since it is necessary to isolate the animal from its context and work the image so that the viewer focuses on the subject and its expression, without disturbances of artificiality.

The second option, of greater logistical difficulty, involves introducing the animal into a photographic studio or creating a similar environment, and so having a greater control over the lights and shadows, waiting for the animal to adapt to obtain different images with specific emotional contents.

Even if some portraits are actually done in a photographic studio (when the animal species allows it), the objective I want this difference to be indiscernible. I take advantage of the postproduction work of photos of animals that weren't disturbed and acted spontaneously, achieving more natural expressions. 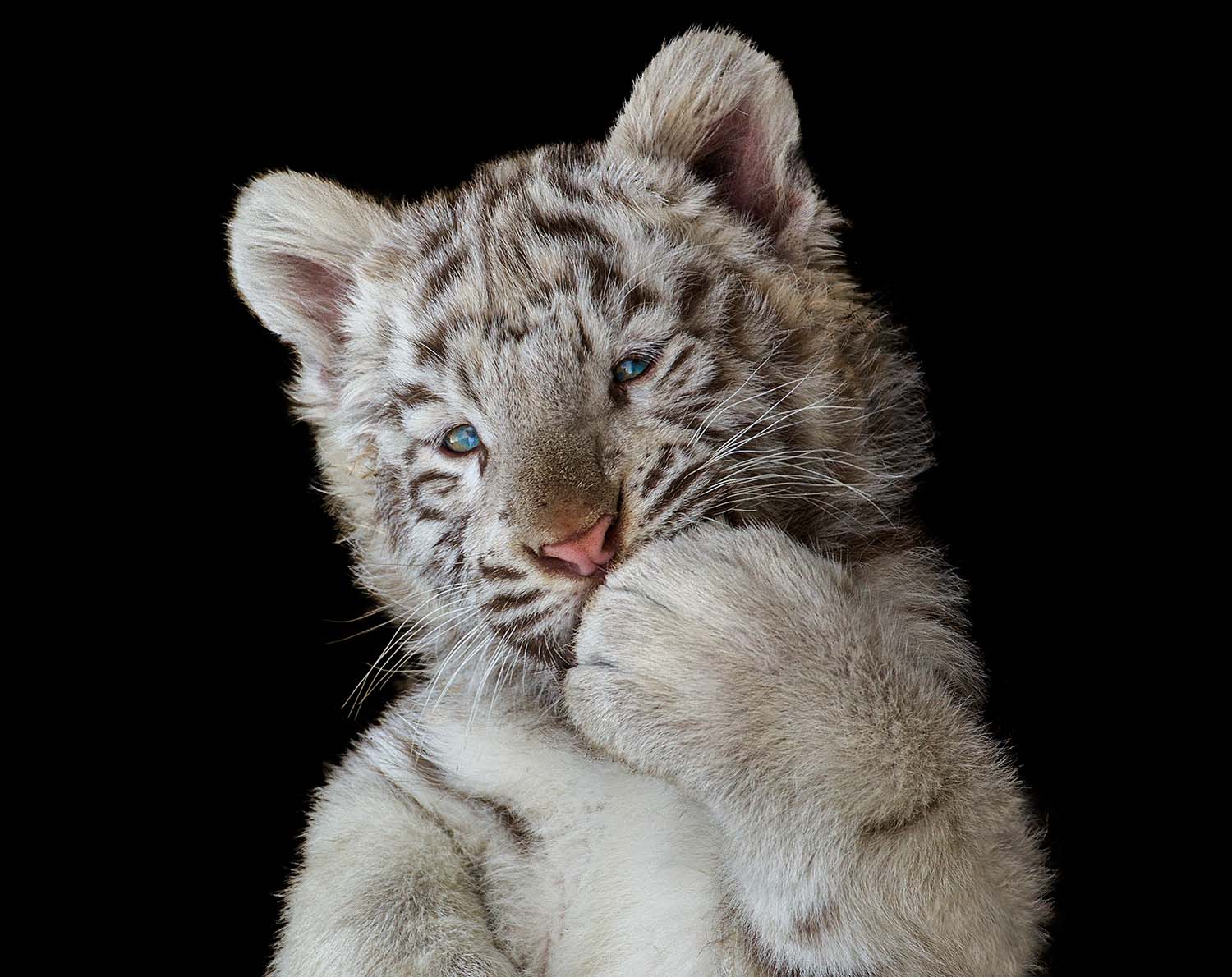 What are the biggest challenges and rewards of taking these types of images?

Working with animals is very rewarding, but sometimes it can also be frustrating, because you rarely have control of the situation. Most of the time it takes a lot of patience, and a little luck. You cannot be distracted for a second, because this may be the second you've been waiting for all day. In the end, most of the photos chosen from a session are usually surprising moments that you do not discover until you carefully analyze the result. There are photos I discovered several months after taking them. Periodically I check my files again, because there is always some photo that I had not seen well. In my case, I enjoy both shooting the photos and editing them. The editing part allows me to reconstruct the moment as I perceived it, and here is where I complete the creativity that began with the shooting. Studio work with smaller animals has the advantage that the situation is controlled more closely and the proximity with the animal establishes another type of relationship. But you must be very careful not to stress the animal. The best way to make portraits of animals is to do it without them being aware that you are there, or at least minimise that factor. 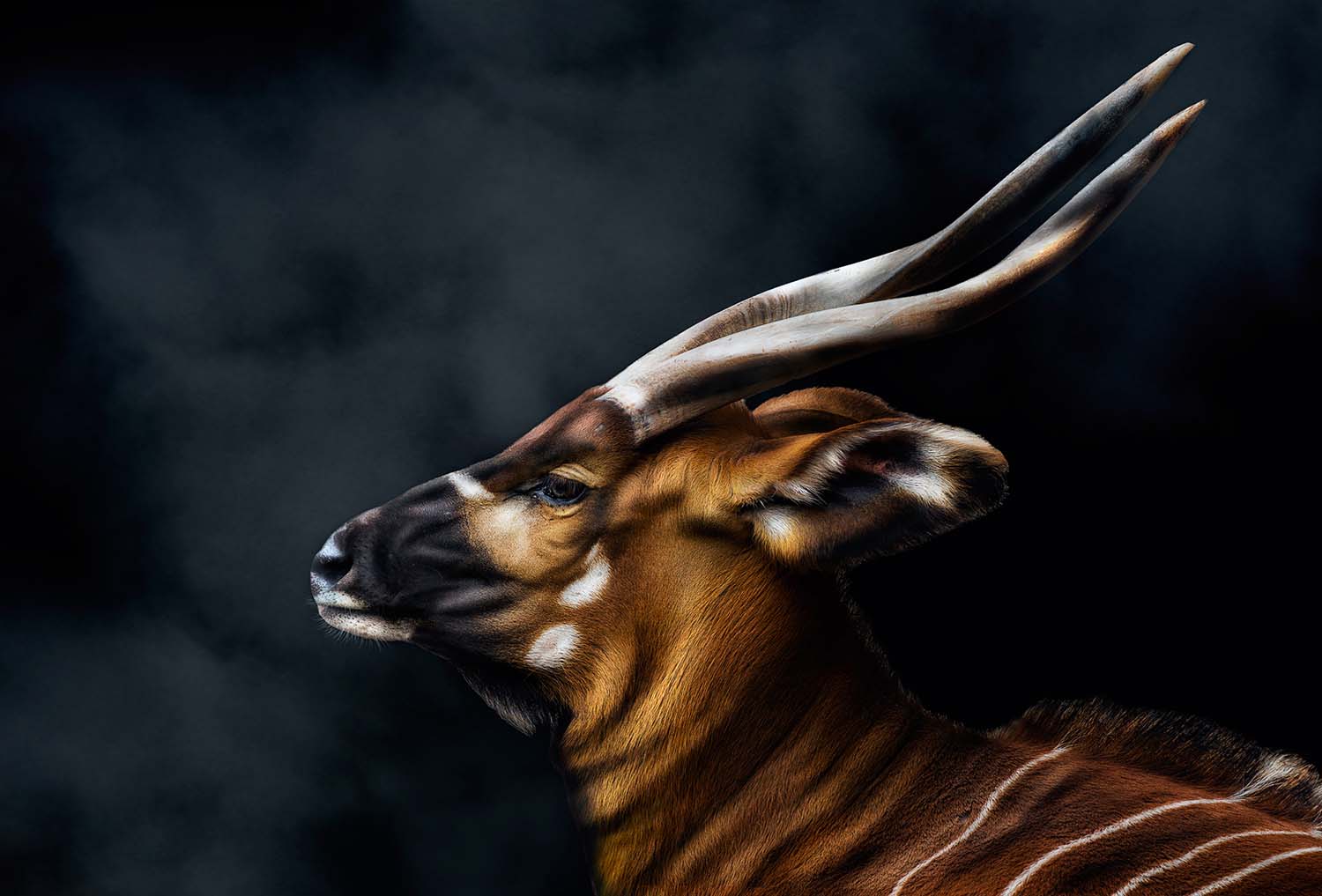 What do you hope people take away from your images?

We live in a time of collective awareness. We are living on the razor's edge. We have never been so threatened (I mean all animal species, including man) as we are today, but on the other hand we had never been so aware of this threat than we are today. According to the WWF, 70% of animal species could disappear in the next 10 to 20 years. Albert Einstein said that if the bees disappeared, mankind would be extinct in 4 years. The relationship between humans and other animals raises important ethical issues. Our main difference with nonhuman animals is that we have a moral conscience. And this makes us responsible for finding a way to sustain our survival and the survival of other living beings on the planet. I think it is urgent to react to the catastrophe we are experiencing today. But to make people aware of this, I did not want to show the terrible aspect of their fall from grace, but on the contrary, I wanted to show them in all their splendor and beauty, so that we know what we are going to lose if we do not react on time. If my images can contribute to that awareness, no matter how small that contribution is, I will feel the duty fulfilled. 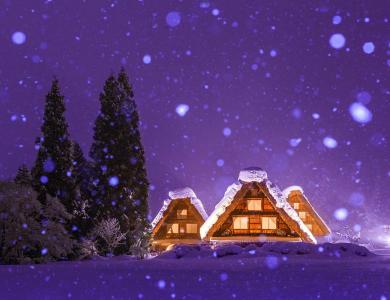 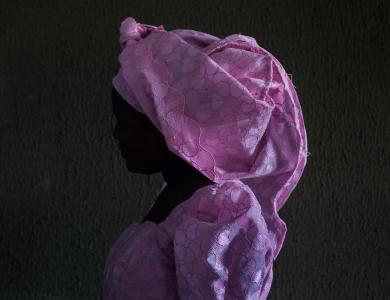